Valentines Cards – Where did they come from?

Did you know that more than 1 billion Valentines Cards will exchange hands throughout the world this year? That makes Valentines Day the second biggest card sending occasion after Christmas!

So how did all this start? :

There are loads of myths circulating on the web but I will share my favourite:

Apparently February has, for centuries, been celebrated as the month of romance. Some believe that Valentines Day is celebrated in the middle of February to commemorate the death of St Valentine. Valentine was a priest in Rome during the 3rd century. Emperor Claudius II decided that single men made better soldiers than married ones so he outlawed marriage for young men – nice!! Valentine defied Claudius and conducted marriage ceremonies in secret. When he was discovered he was put to death. Before his death it is alleged that he sent a letter to a young girl that he had fallen in love with during his imprisonment (believed to be his jailor’s daughter). He signed the letter “From your Valentine”.

By the Middle Ages Valentine had become one of the most popular Saints in England and France. Although Valentines greetings were popular at this time, written Valentines did not appear until the 14th century. The oldest Valentine still in existence was written by Charles Duke of Orleans whilst a prisoner in the Tower of London. It was a poem for his wife – ahhhhh!

By the middle of the 18th century it was common for friends and lovers to exchange small tokens of affection on Valentines Day or handwritten notes. Printed cards began to regularly replace letters when print technology improved in the 1900s. The oldest Valentine Card, however, is believed to be on display at the British Museum. It is a lace effect card published in 1797 and is covered in cupids, doves and flowers which were probably hand coloured after printing.

The card has a verse printed around the edge which reads :

Since on this ever Happy day,
All Nature’s full of Love and Play
Yet harmless still if my design,
‘Tis but to be your Valentine.

The card was sent by Catherine Mossday to Mr Brown of Dover Place, Kent Road, London.

The handwritten message inside reads :

Mr Brown,
As I have repeatedly requested you to come I think you must have some reason for not complying with my request, but as I have something particular to say to you I could wish you make it all agreeable to come on Sunday next without fail and in doing you will oblige your well wisher.
Catherine Mossday.

Now that young lady certainly knew her own mind!

I’m afraid that text, Facebook and e-mail Valentines aren’t quite the same.

If you live in or around Verwood I have a basket of very pretty original designs that you just wont find in the shops. I also have some lovely heart giftwrap and beautiful sparkly gemstone deep pink or red tissue. Pop around day or evening to take a look.

Alternatively you can buy on my website at Sarah Loves Cards but please allow a minimum of three working days for delivery. 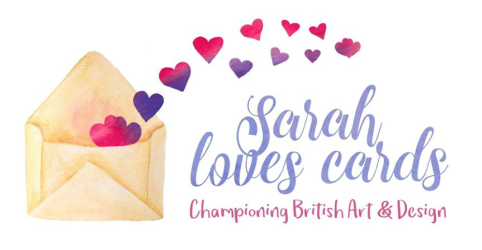 Updates on special offers, sales, product releases & links to latest blog posts.
Your information will *never* be shared or sold to a 3rd party.
Loading Comments...